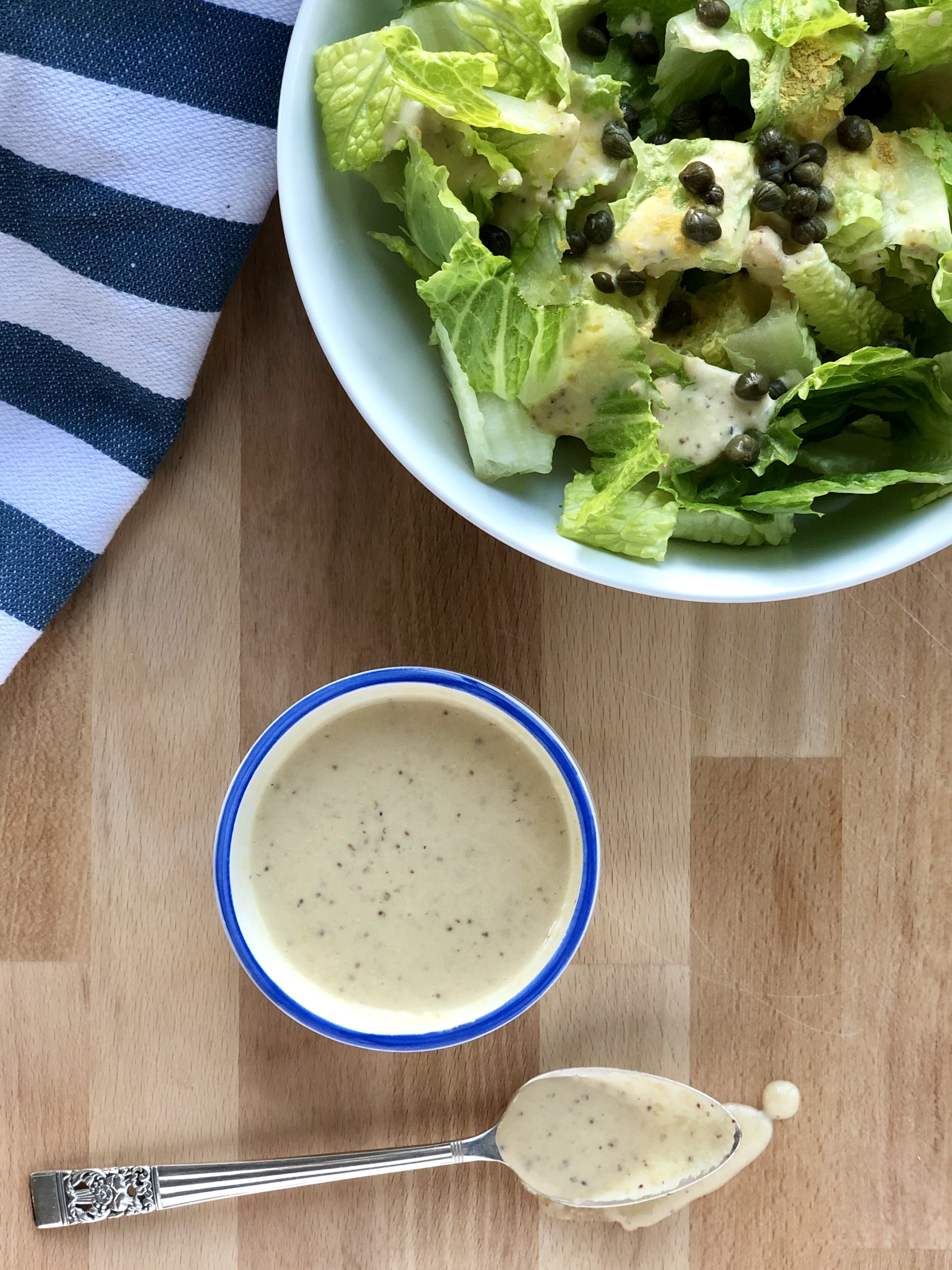 I had lunch a few months ago with a friend at a popular vegetarian restaurant in Vancouver. I can’t even remember what I had for the main course, but the dressing that came with my salad was amazing – it was creamy, zingy and packed with flavour. I asked the server about the dressing and she informed me it was a vinaigrette made with chick pea water. It was the first time I had heard of this but I wanted to see if I could recreate the dressing at home. I scooted home to browse the internet. I thought chick pea water was a kind of fancy elusive vegan ingredient, found somewhere on the back shelves of a natural foods store but I was so wrong! It’s the liquid in your can of chick peas! It’s got a name too – aquafaba – as in bean water, and it’s used to mimic egg white in vegan recipes. So not only can you make beautiful vinagrettes but also whip it into meringue, and even use it in a whisky sour (so going to try that). I wanted to see if I could tweak my regular caesar dressing into a vegan version. The result was a delicious, creamy and clean tasting dressing. See below for my recipe and stay tuned… I’m trying out aquafaba whisky sours next! 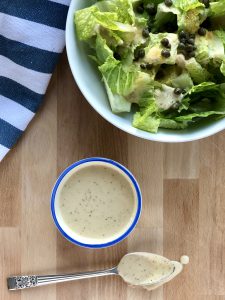 I use coconut aminos in this recipe as a substitute for Worchestershire sauce which has anchovy in it.  Coconut aminos is a sauce made from coconut sap. It is dark, rich, salty and slightly sweet in flavour. It resembles a light soy sauce or tamari (wheat-free soy sauce), but it is soy free and gluten free.